If you’ve ever looked at your electric bill, you’ve seen that you pay a certain amount per kilowatt hour. This can vary from state to state and even city to city. Below I’ve included seven electricity rates by state comparison charts to give you a better idea of how each state ranks. You’ll find out if your state falls within the top 10 cheapest or most expensive states as well! First, we need to talk a little bit about the average electricity rate and deregulation.

The average electricity rate in the United States is 13.30 cents per kilowatt hour. Later, you’ll find several tables comparing each state for residential and consumer rates. Let’s talk a bit about deregulation first.

What Does Electricity Deregulation Mean And What Is It? 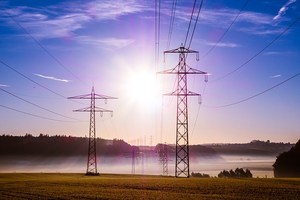 When electricity is deregulated, part of the ownership from the utility is taken away. The utility will still have a few operations, but it gives a lot more power to the customer. The government isn’t as involved either. This allows for several benefits for the customer, but more on that later. There often becomes competition within the market itself, allowing for an even higher chance of lowered prices.

Is Deregulation Good For Consumers?

Deregulation has its pros and cons. People who are for it like that when you reduce the government’s control, the prices will often lower. On top of that, services will expand and the customer will be more heard. Those who are opposed to it tend to like things the way they are. Whether it’s good or not for the consumer, is up to each consumer individually. In general, it creates lower prices, economic growth, greener energy, and more.

Now, let’s take a look at the factors for electric rates, which states pay the most, the least, and how it works for commercial companies as well.

Electricity can range quite a bit, depending on the type of customer you are. Usually, residential and business consumers cost the most. Those in the industrial industries use more than residents and businesses, but they can receive it at a higher voltage which makes it easier to supply. The easier electricity is to supply, the less it’s going to cost the consumer.

Which States Consume The Most Energy?

As you can tell, rates can vary quite a bit. States like New York, California, Hawaii, and Alaska tend to have higher prices across the board. This can be for several reasons, whether it’s based on population or lack of electric companies available. Either way, now you’re a bit more educated about what electricity deregulation is and how much electricity can range from state to state. We hope this gave you some insight into all things electricity!