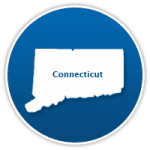 The majority of Connecticut is serviced by the utility Eversource (formerly Connecticut Light & Power (CL&P)). Customers who do not shop for competitive rates pay a default rate known as the General Service Rate (GSC).

The GSC rate can be found on your CL&P bill under “Supplier Service Detail”. When you choose another electric supplier with a lower rate, you will still get the same bill from Eversource (CL&P), with the lower electricity rate replacing the default rate. The electric bill from Eversource (CL&P) will state your electric supplier underneath “Supplier Service Detail” followed by your KWh consumption and rate.

Below are answers to some of the burning questions you might have about the energy suppliers in Connecticut.

What is the average electricity bill in Connecticut?

According to the U.S. Energy Information Administration, Connecticuters pay the second-highest monthly electricity bill at $153.46 average1, lower only to Hawaii that imports almost all their energy.

How much does electricity cost in Connecticut?

Below is an overview of how CT electricity prices compare to the U.S. average:

Are the electricity rates going up in Connecticut?

Yes. Bracing for a tough winter, in January 2019 the Public Utilities Regulatory Authority (PURA) approved a proposal submitted by Eversource and United Illuminating to raise electricity rates by 18.8 and 24 percent respectively.

How do I find out who my electricity supplier is?

You will find out who your provider is on your monthly bill. Alternatively, you can enter your zip code into ElectricRate.com and find out who services your area.

Where does Connecticut get its electricity?

The Connecticut energy generation mix is largely dominated by Nuclear (56%) and Natural Gas (41%), with negligible contributions of renewable and coal-based generation.

Connecticut might be the third smallest US state by land area, but the energy choices that Connecticuters have are not. Several large and small energy retailers compete for the attention of Connecticut residents with competitive energy rates. There are alternative energy choices, too – go renewable, for example with a solar panel. One thing is for certain, if your current plan is the default, shop around! You will almost definitely end up better off.