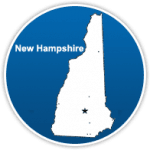 The efforts to combat high electricity prices by deregulating the NH energy sector started in the mid-1990s, but it wasn’t until 2003 when an actual competitive marketplace was formed. The deregulation introduced a new era where businesses and homeowners could freely shop for electricity rates and switch to a competitive, more convenient electric suppliers.

The electricity generation in New Hampshire is predominately nuclear, followed by natural gas-fired and renewable sources. 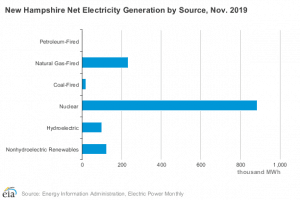 Four electric distribution companies operate in New Hampshire, each serving a mutually exclusive territory. They include:

A subsidiary of Northeast Utilities, Eversource serves approximately 70 percent of the retail customers in New Hampshire from southern, urban areas to northern, rural areas of the state.

Price to Compare set to increase by 33% Lock in your low rates NOW!

Liberty provides electricity to residential customers in the western and southern areas of the state, covering approximately 6 percent of the retail customers in New Hampshire.

Unitil, along with its two subsidiaries, Exeter and Hampton Electric Company jointly serve approximately 11 percent of New Hampshire’s electricity customers in both the Seacoast and Capital areas.

NHEC provides electric service to about 11 percent of retail customers throughout the central part of New Hampshire.

Energy plans are like shoes. One size does not fit all. Navigating through complex information about electricity rates can be confusing and can ultimately deter you from shopping for a better deal. Below is all you need to know about the different energy products that energy companies offer to the residents of New Hampshire:

Below are answers to some of the questions you might have about NH electricity rates:

How much does electricity cost in NH?

What is the current Eversource rate in NH?

Currently, the Eversource Price to Compare or the price for the supply portion of your electric bill is 10.669 ¢ / kWh.

Do electric rates go up in NH?

They do. In 2018, the Public Utilities Commission approved the supply charge to go up from the 7.903 cents per kilowatt-hour to 9.412 cents, so what you pay for electricity now on average is more than what it was a few years ago.

To switch to a cheaper electricity rate, just enter your zip code on our website to see available energy plans in your area.