Chances are if you live in Texas, Oncor Electric Delivery is likely associated with your electric company. Created in 2007, Oncor is a company that is affiliated with several electric and power companies throughout Texas. They help deliver the actual electricity to your home or business. They are the 6th largest company that does this in the United States.

Today you’ll be reading all about Oncor Electric Delivery. We’ll dive into their interesting history and how they were bought for nearly $10 billion. You’ll also be able to check out a comparison table of some of the electric companies that are affiliated with Oncor, along with their rates and plan lengths.

Before it was known as Oncor Electric Delivery, the company was known as TXU Electric Delivery and TU Electric. This was a merger of three different companies that served Texas as a whole. First, there was Dall Power and Light, which serviced the Dallas area. Then there was Texas Electric Service that brought electricity to the west side of Texas and Fort Worth. Lastly, there was Texas Power and Light which serviced east-central as well as northern Texas.

Investors like Energy Future Holdings Corporation are part of the reason for the success behind Oncor. Unlike other companies, Oncor is separate from the people who own it. It is also managed by a board of directors that are mostly independent. Energy Future Holdings Corporation doesn’t involve themselves in the management of Oncor even though they own the majority of the company.

In the spring of 2016, Oncor decided to convert to a real estate investment trust in order to possibly save over $200 million in taxes. This was in large part thanks to the Texas Public Utility Commission. The savings would then be distributed to ratepayers.

After a quick time in court and getting all legal information in writing, Sempra Energy ended up buying Energy Future Holdings for $9.45 billion, paid in cash in the summer of 2018. They also agreed to pay off the remainder of the debt that was previously accumulated.

Now they have over 4,000 employees and service over 10 million customers across the state of Texas. They have partnerships with several affiliated electric companies, and their headquarters is located in the Dallas area.

As one of the largest electric delivery companies in the United States, Oncor Electric Delivery helps to supply power to over 10 million customers. This includes both residential and commercial customers. Even though Oncor brings power to over 400 cities and towns, below you will find some of the more popular cities they service:

Call either of the numbers below to get ahold of Oncor Electric Delivery.

Unlike normal electric companies, Oncor Electric Delivery is a company that delivers the electricity for affiliated companies. They are technically an electric transmission and distribution service provider.

If you’re located in their service area, you have the option to choose which retail electric provider you have giving you electricity.

Below is a detailed chart that shows some of the top affiliated electric companies, the length of their plans, and the rate they charge per kWh.

You can easily pay your bill online if you’re a customer of Oncor Electric Delivery. You will be able to use a variety of different credit and debit card options, as well as your checking account.

Oncor allows customers to report or check on the status of a power outage by using their online tool. You can also call their customer service number to report an outage near you. Lastly, Oncor has a texting service that will notify you if there is an outage near you. Simply text “OUT” to 66267 (Oncor).

You can easily find the Oncor Electric Delivery outage map. You’ll be able to report an outage, view when the power should be restored, and check the status of an outage. There are a variety of options on the left-hand side of the page that allow you to see how many customers Oncor is currently serving, how many don’t have power, and more. 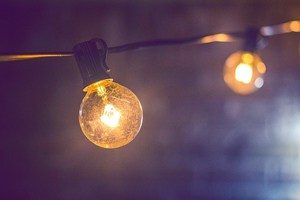 Lastly, you can call the number above and simply press “1” followed by “3”. Doing this will send you straight to a live person to help you get answers fast and efficiently. If you’d rather not make a phone call, you can also contact someone by email if needed. The email address is [email protected].

Why are Oncor Delivery charges so high?

Oncor Delivery has higher charges than similar companies that serve the same area for a few reasons. For starters, there are fixed components that are related with the cost to deliver power to your home or business.

It can often cost more to get the electricity delivered and your metered served than the commodity of energy costs alone. Oncor also has charges called “Ratchet Charges”. This is their name for abnormally high bills. If you’re looking for a more cost-efficient choice, go straight to an electric company instead of using a utility company, if you have that option available.

You can contact Oncor Electric Delivery by calling them at 888-313-6862. They are also available via email at [email protected].

No, Oncor Electric Delivery does not sell electricity. They do, however, deliver it and maintain the electric wires and poles. In addition to Oncor, you will need a retail electricity provider in order to get electricity.

Think of Oncor as the middle-man between you and your electric company. As a resident or business owner, you likely won’t have much contact with Oncor unless you need to report an outage or pay a bill. If you work for an electric company, you may spend a bit more time with Oncor.

What area does Oncor service?

Oncor Electric Delivery is one of the largest electricity companies in the United States, sixth to be exact. They provide power to over ten million customers. This includes 400 cities and small towns throughout the state of Texas. This includes popular cities such as Dallas, Fort Worth, Midland, Odessa, and more.

How much does Oncor charge per kWh?

Oncor Electric Delivery has a fixed price of 9.94¢ per kWh. There is also an estimated 3.46¢ per kWh in Oncor TDU charges. This will bring the total price to 13.4¢ kWh. This is a little higher than other rates available in Texas, but this is because Oncor delivers the electricity and power, they do not sell electricity as stated above.

Is Oncor and TXU the same?

How do I report a power outage to Oncor?

You can easily report a power outage by clicking. This allows you to not only submit the outage, but you can also see updates. You can track an outage by viewing their outage map, as well as set outage alerts so that you’re notified if there is an outage in your area. You can also call their customer service number if you’d like to report a power outage for your home or business.

By now you’ve learned the basics when it comes to Oncor Electric Delivery. You’ve read a bit about why their prices are a bit higher, which electric companies they’re affiliated with, their plan lengths, and plan rates. You’ve read about how a small company was bought for nearly 10 billion dollars less than 11 years after it was established. Whether you’re a business or resident of Texas, hopefully, you’ve enjoyed the information above.