The History of Wind Energy

Wind energy advances have been closely watched by renewable energy enthusiasts over the past decade. It stands to reason – not only is it the fastest-growing power source in the United States, but it also adds 100,000 jobs and 14.2 gigawatts of generation capacity to the economy annually. The energy produced from wind is clean, renewable, and comparably very cheap to produce. Have you ever wondered who was the first person to harness it as an energy source? In other words, who discovered wind energy?

When Wind Power Was First Used

Driving past a field full of sophisticated, steel-made, 280-feet tall modern wind turbines might make it hard to believe that wind has been harnessed for energy since ancient times, but it’s true. Let’s quickly breeze through some of the earliest instances of wind technology use in history.

As early as 5,000 B.C., people used the wind to propel boats floating down the Nile River. That was probably the earliest (and simplest) application in the history of wind power, but technological progress has accelerated from there faster than the wind itself.

Once different cultures realized the potential of wind energy, the use of windmills quickly spread. Simple windmills were used for pumping water in China and Persia and extensively in food production, for example, to grind grain in the surrounding areas in the Middle East.

Eventually, merchants brought wind energy technology to Europe (around the year 1,000 A.D) where windmills were used to pump water and drain lakes and marches. Europeans in turn brought the use of wind to the Western Hemisphere. The stage was set for the global use of wind power and start harnessing it for electricity.

We learned that wind was used since ancient times for various activities, but where did the idea to use it as a source of electric power originate?

The year is 1887 and the first known wind turbine is built to produce electricity in Scotland. It’s designed by Professor James Blyth of Anderson’s College in Scotland, it’s 10-meter (or 32 feet)-high, and professor Blyth sets it up in his back garden to power the lights in his holiday cottage. It’s one for the history books because this was the first house in the world to have its electricity supplied by wind power.

Fun fact – after professor’s Blyth initial excitement wore off, he wanted to share the electricity-generating wind turbine with his neighbors, but was quickly turned down as his neighbors thought it was the Devil’s work. The world wasn’t yet ready for alternative energy sources, but that was about to change.

In the late 1890s, the invention of steel blades for windmills makes them more durable and more than 6 million windmills are erected throughout the U.S. In the Chicago World Fair of 1893, as many as 15 companies showcase their innovation in wind turbine designs, putting the U.S. wind industry on the map.

1941 is the year of the first megawatt-sized turbine (1.25 MW, to be exact), connected to a local electrical distribution grid. This mega-project begins operating on a Vermont hilltop known as “Grandpa’s Knob.” The wind turbine powered a Vermont utility company through World War II, producing enough energy to operate for 1,000 hours until a faulty blade brought its operation to an end.

When we compare the world’s wind power potential today with the early days, it’s almost hard to believe. This is largely due to the environmental benefits connected to affordable, reliable, and clean electricity. As customers become more environment-conscious, the use of renewable sources increases. What was the journey like for the U.S. and what were the main benefits for customers?

How Electricity Generating Wind Turbines Reached The US

How did utility-scale wind turbines eventually find their way into the prominent U.S. energy sources? Along the 20th century, remote farms across the US eventually did begin to use wind turbines for power but the wind turbine turning point came with the fuel crisis of the early 70s. The fossil fuel shortages created a new appetite for testing alternative energy sources and wind was a good candidate.

In the 1990s and 2000s, the U.S. federal government established incentives (such as tax breaks and credits) to encourage renewable energy, which quickly led to a boom. The government also funded research and development to make the construction of wind farms and wind turbines cheaper. State governments soon followed suit and in 1978, The Public Utility Regulatory Policies Act is enacted in the US, mandating utilities to interconnect renewable energy sources to the grid.

In recent years, wind power has been gaining popularity among U.S. consumers and Electricity Service Companies (ESCOs). By 2019, its production accounted for 39% of new generation capacity, which equals enough power for over 32-million U.S. homes. What are some of the reasons wind power is so popular?

From the United States, all the way to Spain, wind power generation capacity around the world keeps growing. Which countries are furthest along on the journey?

China generates one-third of the world’s capacity, nearly all of which (96%) is onshore. It boasts the world’s largest onshore wind farm in Gansu Province, which currently has a capacity of 7,965MW.

Six of the largest 10 onshore wind farms are based in the US., including the Alta Wind Energy Centre in California and Roscoe WindFarm in Texas. The Lone Star State leads the country for wind generation, followed by Wyoming, Oklahoma, Iowa and Missouri, and Ohio.

India is fourth on the list with the third and fourth largest onshore wind farms in the world. However, the newly added capacity in 2020 was only 50% compared to that of the year before, largely due to supply chain disruptions and lockdown restrictions caused by the Covid-19 pandemic.

The wind is the leading source of renewable power generation in Spain and despite the predominately onshore infrastructure, Spanish energy company Iberdrola is developing the country’s first commercial-scale 10 MW+ wind turbines on floating platforms.

Are you curious about what sources does your state use to generate electric power? Find out on our interactive map.

Below are answers to some of the questions related to who discovered wind energy.

Is Wind Energy the future?

The outlook for renewable sources certainly looks bright. IRENA, the renewable energy agency estimates that by 2050, the agency says, wind energy could account for 35% of the global world’s electricity needs.

Which country is the largest producer of wind energy?

In 2010, China surpassed the US as the installer of the most cumulative wind power capacity in the world. Almost all of this capacity (96%)  is onshore wind, with the remaining 10GW based offshore. However, despite having the greatest world’s electric generation capacity in wind and solar, China is also responsible for 53% of the world’s coal-fired power.

Is wind an example of kinetic energy?

Is wind power cheaper than coal?

In 2020, The International Renewable Energy Agency (IRENA) adjusted its energy cost projections to report that more than half of new capacity from renewable energy sources achieved lower electric costs than new coal power plants. Prices for megawatt-hour from wind are already cheaper (ranging from $40 to $46) than generating the same amount of power from coal (low $60 to a high of $143). It’s not surprising that one Colorado-based think tank reported that “coal will all be gone by 2030”.

Wind energy has come a long way since the first ancient windmills were pumping water and grinding grain or the first electricity-generating wind turbine built by James Blyth. Today the energy created by moving air from the earth’s surface is paving the way for the renewable energy future. If the pace of progress continues, the world dominated by traditional fuels like oil and gas might be gone with the wind.

Share on FacebookShare on TwitterShare on PinterestShare on RedditShare on Email
Prev Post
Fixed vs. Variable Rate Energy Plans, What Should you Choose? 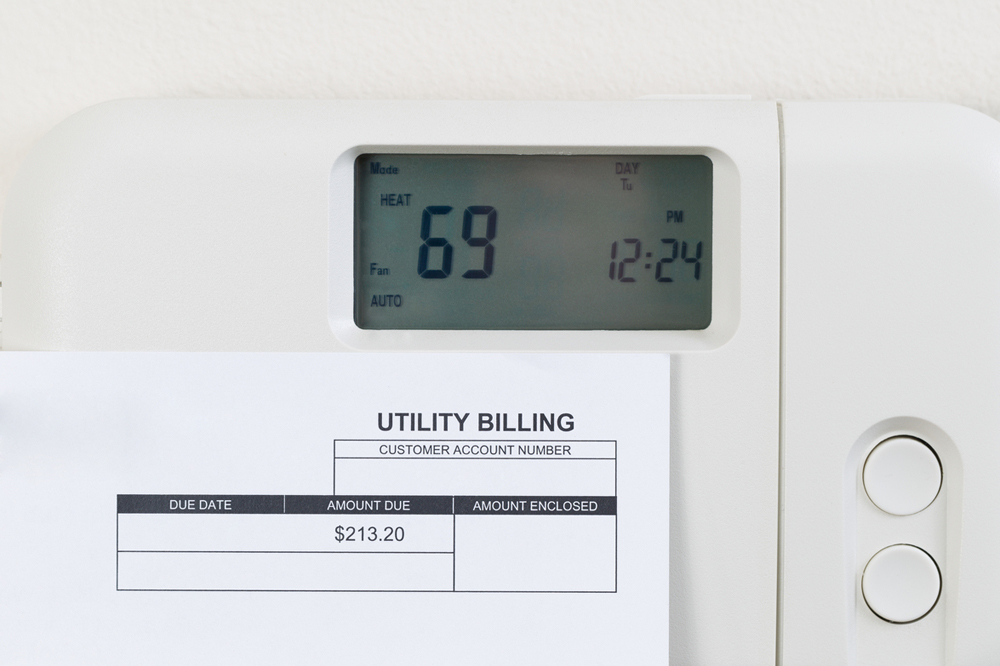 Next Post
Unitil Price Increases Twice as much in December 2021