HomeGeneralWhy Does the PECO Price to Compare Change Often?

Why Does the PECO Price to Compare Change Often? 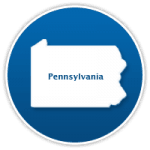 If you’ve lived in the greater Philadelphia area for a long time there is a chance that you have grown accustomed to accepting and paying whatever rate PECO Energy slaps on the monthly electric bill.  Since Pennsylvania electricity choice became an active market in the PECO service area in 2010 you may have noticed that the price you pay for power supply changes several times a year.  The question on many of these long time Philadelphia residents is simply: why do these rates change so often and how do I know what the rate will be for the rest of the year so that I can better budget my expenses?

In order to dissect these questions, the first thing to cover is the Pennsylvania electricity choice laws that allow all power consumers in the state who receive their power from a major utility to choose a competitive supplier’s rate.  Pennsylvania lawmakers were able to look at data from Texas, which deregulated their electricity market in 2002 while structuring the details of how to structure energy choice in the keystone state.  When electricity choice began in Texas on January 1, 2002, the lawmakers required the five major incumbent suppliers to charge all customers who did not shop a default price for electricity supply.  The default price in Texas was branded the “Price-to-Beat”, representing the price a competitive supplier would have to beat, or come below, in order to save the customer money on their electric bill.  If the “Price-to-Beat” in the Dallas area was $0.10 per kWh for a business and a competitive supplier could offer a fixed rate of $0.09 then the business could plainly see that they could save 10% on their electric bill.

Pennsylvania set up their electricity choice market in a similar way by enacting their incumbent utilities to offer a default price which they branded the “Price to Compare“.  One key difference was that Texas law only required the incumbent suppliers to provide a default rate for the first five years on the new choice market.  On January 1, 2007, five years after deregulation began in Texas, the “Price-to-Beat” rate structure was eliminated forcing all consumers to have to choose an electricity plan the same way people have to choose a mobile phone plan.

In contrast, Pennsylvania lawmakers did not set up a time limit for the “Price to Compare” and there have been no indicators to believe that the utility default rate will not be indefinite.  While the point of the Texas default rate structure was to give some consumers time to become familiar with energy choice shopping, the Pennsylvania structure does not seem to be as well thought out.  The attributes of not having a default termination end date and multiple rate changes throughout the year make the Pennsylvania default rate a viable option for a customer’s long term electricity purchasing needs as opposed to a bridge gap for a consumer who may have been slow to adapt to some of the complexities or newness of electricity shopping, as was the case for the Texas default rates.

Next, let’s look at how the “Price to Compares” is determined throughout the different regions in Pennsylvania.  Pennsylvania is divided up into several service area markets, each one represented by one of the seven incumbent utilities.  PECO Energy is the largest utility in the state in terms of the number of customers that they serve.  Prior to Pennsylvania electricity choice, PECO was responsible for delivering the power to their customers, which they charged distribution fees for, as well as supplying the power which they would procure from the wholesale energy market and then sell to their customers at a retail price.  The creation of a competitive market in the state took the power supply responsibilities away from the incumbent utilities, such as PECO Energy, and made their sole responsibility just the delivery of the power to customers residing within their territory.

The choice laws in Pennsylvania limited the profits of PECO Energy to the regulated distribution charges.  While customers have the option to pay the “Price to Compare” with their utility the money received by the utility is passed through to competitive suppliers who have won previously held auctions to provide power to a portion of the default rate paying pool.  The “Price to Compare” is determined by having competitive suppliers submit bids to provide the power supply to a portion of the default ratepayers in a given rate class.  These competitive suppliers make bids based on the current wholesale energy market and their independent energy trading strategies that may enable them to offer lower prices.  These auctions are held every few months and are for intervals of 2-4 months of service for the customers, which causes the default rate to change often.

This system creates an ongoing scenario where the default “Price to Compare” is often on par with the current competitive prices.  When a shopper looks for a lower electricity rate they are looking for rates that are offered by competitive suppliers whose rates are primarily determined by the current conditions of the wholesale energy market.  At any given time a customer, especially large industrial and commercial consumers, can obtain a fixed electricity rate that is close to the wholesale market price with a small retail adder.  Since both real-time competitive rates and the current default rate at a given time are based on relatively recent wholesale energy pricing, the prices are often not that far apart.

The “Price to Compare” in PECO changes often because PECO has decided to have auctions for their default paying customers every few months.  While this allows for default rate customers to receive pricing that is similar to the current competitive market landscape, it is at the same time providing headwinds against the expansion of electricity choice awareness in the region and ultimately eliminating the default rate altogether.  Eliminating the default rate will create more competition forcing prices down and adding more options for customers, as has been the case in Texas.

Despite the often similarities between the “Price to Compare” and competitive PECO Energy rates, there are often savings opportunities for PECO customers.  In addition, electricity choice has resulted in a number of green energy offers by suppliers, giving environmentally cautious consumers the ability to purchase renewable electricity.  Below are a number of rate options currently available in the PECO Energy service area.  Rates are updated daily.