Solar energy is a renewable resource that has received a lot of attention thanks to the various benefits of using it as a source for electricity generation. While there are many advantages to using solar power, there are also several downsides that the public should be aware of.

Concentrated solar power (CSP) is the most expensive of the renewable energy resources, and it’s much costlier than traditional solutions. Further, the initial capital investment associated with building new infrastructures is high, and the trick with solar energy is that it must be used immediately. If it’s not, then it must be stored inside large batteries. However, these batteries are costly and typically range anywhere from $5,000 to $7,000 and from $400/kWh to $750/kWh. These prices do not include the additional costs associated with installation and other necessary equipment. 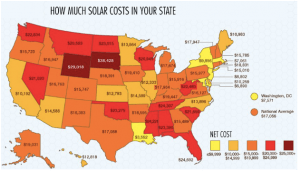 Solar energy comes from the sun, and when the sun goes down, your only option other than storage is to rely on an alternative source for power. This means that, in addition to the costs associated with your solar power, you will also have to tack on the cost of using another energy source for electricity generation during the evenings and extended periods of cloudiness or rain.

While it’s true that solar energy can still be collected during cloudy and rainy days, the solar system becomes less efficient in these conditions. All it takes is a few days of obscured sun to see a noticeable impact on the energy system. This means that many areas are at a large solar disadvantage. For instance, places such as Russia, Canada, and Hawaii, where there’s an average of 277 rainy or cloudy days per year, will struggle with receiving enough sunlight for a solar system to operate effectively. 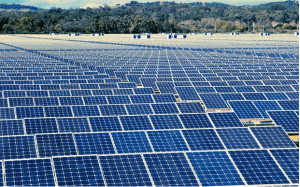 It requires a lot of space.

Solar panels are large, and in order for your solar system to work effectively, you’ll need several of them. If the area of your roof isn’t sufficient, you may have to resort to adding these large and bulky panels into your backyard. Space becomes an even greater issue for large companies needing to use massive amounts of real estate to generate a lot of electricity. The largest solar field is currently located in Spain and uses up a whopping 173 acres of land to operate. Unlike in the case of wind or hydro, land utilized for solar power cannot be leveraged for any other uses such as agriculture, grazing, or land preservation.

There is no single energy solution that is entirely “clean.” While solar energy is cleaner than many other traditional options, it still contributes to pollution. The transportation and installation of solar power systems generate pollutants, and some manufacturing processes have been associated with greenhouse emissions, such as nitrogen trifluoride and sulfur hexafluoride. These greenhouse gasses are extremely potent and have a significantly greater impact on global warming compared to carbon dioxide.

No one is really getting much bang for their buck from using solar power. Theoretically, the maximum efficiency for solar power systems is 85%—and this is with the use of sun-tracking, which allows mirrors equipped with motor systems to follow the sun as it moves. The maximum efficiency for a system that does not use sun-tracking is merely 55%. Additionally, if you’re looking to purchase a solar system for your home, you should know that even the best, most expensive options on the market only operate at around 35% efficiency. These numbers don’t factor in the fact that issues such as cloudy days, rainy days, snowfall, or ice significantly impact the efficiency of a solar system.

Solar energy is an abundant renewable resource that can be leveraged for the purposes of electricity generation. While there are many advantages to using this resource for power, there are also several downsides. Solar power is expensive, for individuals and large corporations alike. Systems are also weather dependent and inefficient. As a result, they’re not as reliable as other alternatives for consistent and dependable fulfillment of energy needs. Solar power systems also require massive amounts of space to operate and are associated with the emission of some of the most potent greenhouse gasses out there. While renewable electricity generation technologies such as solar have great potential, we still have a ways to go before they can be effectively and efficiently implemented on a broad scale.

Share on FacebookShare on TwitterShare on PinterestShare on RedditShare on Email
Prev Post
Benefits of Coal as an Electricity Generation Source Next Post
How Does Maryland Produce Its Electricity?