HomeGeneralDoes Wind Power Have Any Disadvantages?

Does Wind Power Have Any Disadvantages?

Here are the most common concerns raised about wind power.

When it comes to renewables and clean electricity, wind power is leading the way in electricity generation. However, no power source is perfect, and several important concerns have emerged about wind.

Considering installing a residential wind turbine? Or just looking into whether wind energy is really green? If you have the option to choose where your electricity comes from, you might be wondering if those concerns should influence your decisions.

Let’s delve into them now.

Fluctuations in the Power Supply

Wind turbines only produce power while the wind is blowing, which means wind power can be more unpredictable than some other sources. Furthermore, the transmission system needs some key upgrades in order to efficiently deliver wind power from remote areas to cities.

However, solutions for green energy storage are being optimized every day. “There are tremendous financial incentives to develop low-carbon, base load energy sources,” Yale Climate Connections points out. This means it’s only a matter of time before wind energy storage becomes far more reliable. 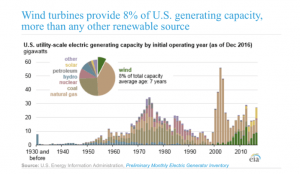 According to NPR, smart planning for wind farms can involve spacing them out so that different farms are powering the grid at different times of day – depending on when the wind is blowing. 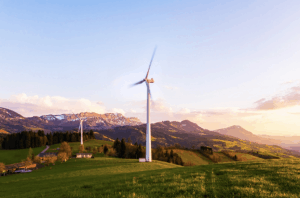 Over their lifespan, though, turbines produce about 20 times more energy than their production consumes, says Yale Climate Connection.

Certain elements used in the process are concerning. “Wind turbines using permanent magnets require rare earth elements such as neodymium, the extraction of which can have serious environmental consequences because of the acids used in refining and the frequent occurrence of uranium and thorium in the ores,” says Power Mag. However, turbine production accounts for a small percentage of total demand for neodymium, the authors note.

Much concern has arisen in recent years about the potential dangers of wind turbines to birds and bats. However, the proportion of affected wildlife is minimal – 1 in 86,000 birds killed by causes related to humans was killed by wind turbines. Cars, power lines, and skyscrapers kill far more birds than wind turbines do, says National Geographic.

That being said, location is key. Taking care not to site wind turbines along migration routes can greatly reduce the harm to wildlife. Increasing the minimum speed at which turbine blades start turning can help too, as birds are often less active during those times.

Concerns about appearance and noise often arise when wind turbines move into particular areas. While some people perceive them as visually pleasing, others find the appearance of a turbine on the horizon jarring.

Presentation is key. Installing a smaller number of larger models can look more visually pleasing than an expanse of smaller ones.

What about sound issues? As it turns out, the noise dissipates after a short distance. “Most of the turbine noise is masked by the sound of the wind itself, and the turbines run only when the wind blows,” the Bureau of Land Management (BLM) points out.

In many cases, the concerns about wind power have helped the industry to continue fine-tuning its equipment and processes. Fully understanding the critiques will help you to make the most informed decisions possible when it comes to your electricity needs.