Learn where your electricity comes from in the Garden State.

New Jersey relies on a strong balance of traditional and newer power sources to meet statewide electricity needs. Less than a tenth of the power used in New Jersey comes from outside the state, says the Energy Information Administration. Read on to learn how the Garden State meets the demands of both individuals and industry. 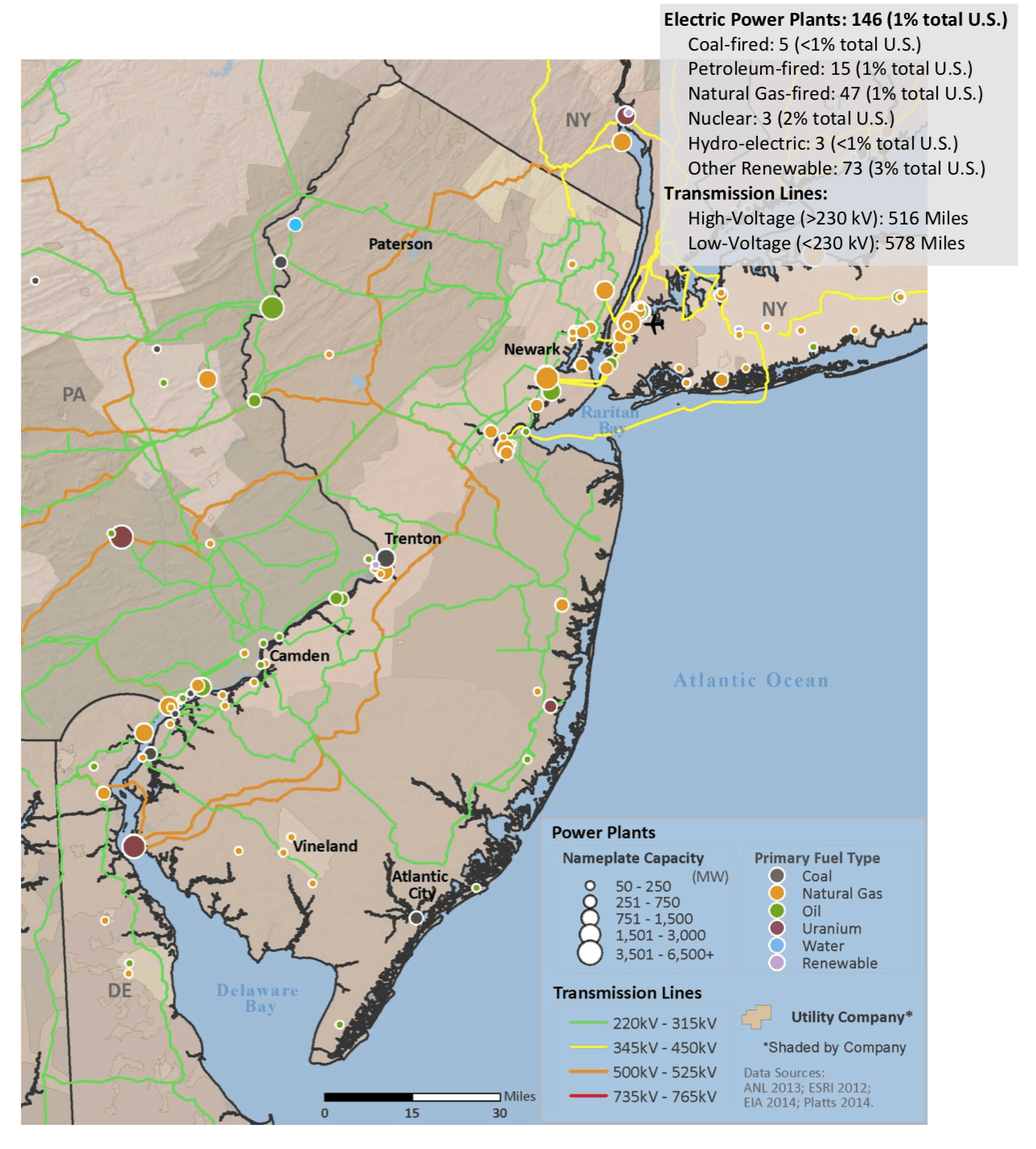 Natural gas is a major source of electricity in New Jersey. The state has 47 natural-gas-fired power plants, which produce nearly half of the electricity used in the state, as the chart below shows.

New Jersey receives most of its natural gas supplies from its neighbor, Pennsylvania. 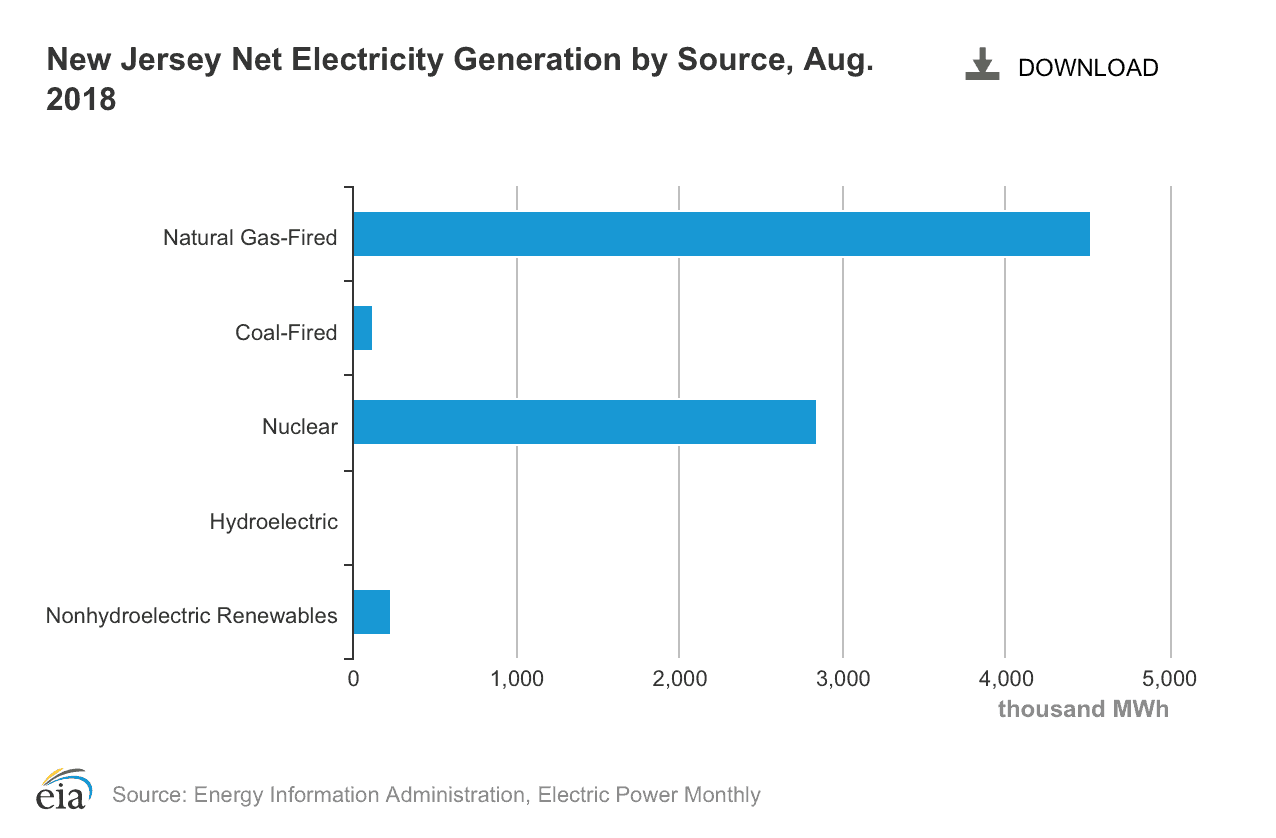 The state’s high level of nuclear production makes it one of the nation’s cleanest energy producers in terms of emissions.

New Jersey has 73 renewable power plants, says the DoE. The state has ambitious aims for renewables–by 2021, it will require electricity suppliers to source at least 22.5% of their electricity from renewables.

“New Jersey now has America’s most ambitious offshore wind and energy storage targets, and Governor Murphy set his sights even higher through an executive order to achieve 100% clean energy by 2050,” says Forbes. Renewables are fast becoming more affordable, Forbes adds–solar costs 85% less than it did in 2009.

Coal represents a much smaller source of electricity in New Jersey than the major players like natural gas and nuclear. “New Jersey obtains less than 2% of its net electricity generation from coal, down from 10% in 2010,” says the EIA. Thus, the state has been shutting down or converting most of its coal-fired power plants to natural gas, the agency adds.

Most of the coal used by New Jersey plants comes from Pennsylvania, West Virginia, and Virginia.

Petroleum makes up a tiny portion of New Jersey’s overall electricity production, at less than 1% in 2015. Don’t expect to see petroleum-generated electricity skyrocket in the state any time soon. 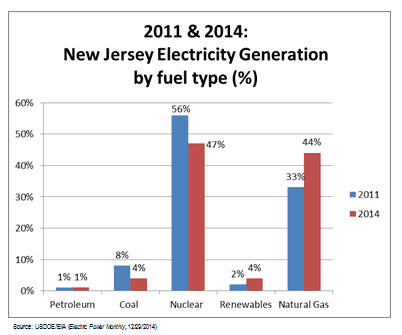 New Jersey aims to rely on renewables for 50% of its electricity production by 2030, according to The New York Times.

New Jersey also has ambitious energy efficiency goals, requiring utilities to reduce usage of electricity by 2% per year, says Forbes. Look out for continued advances in renewables and efficiency in the coming years.